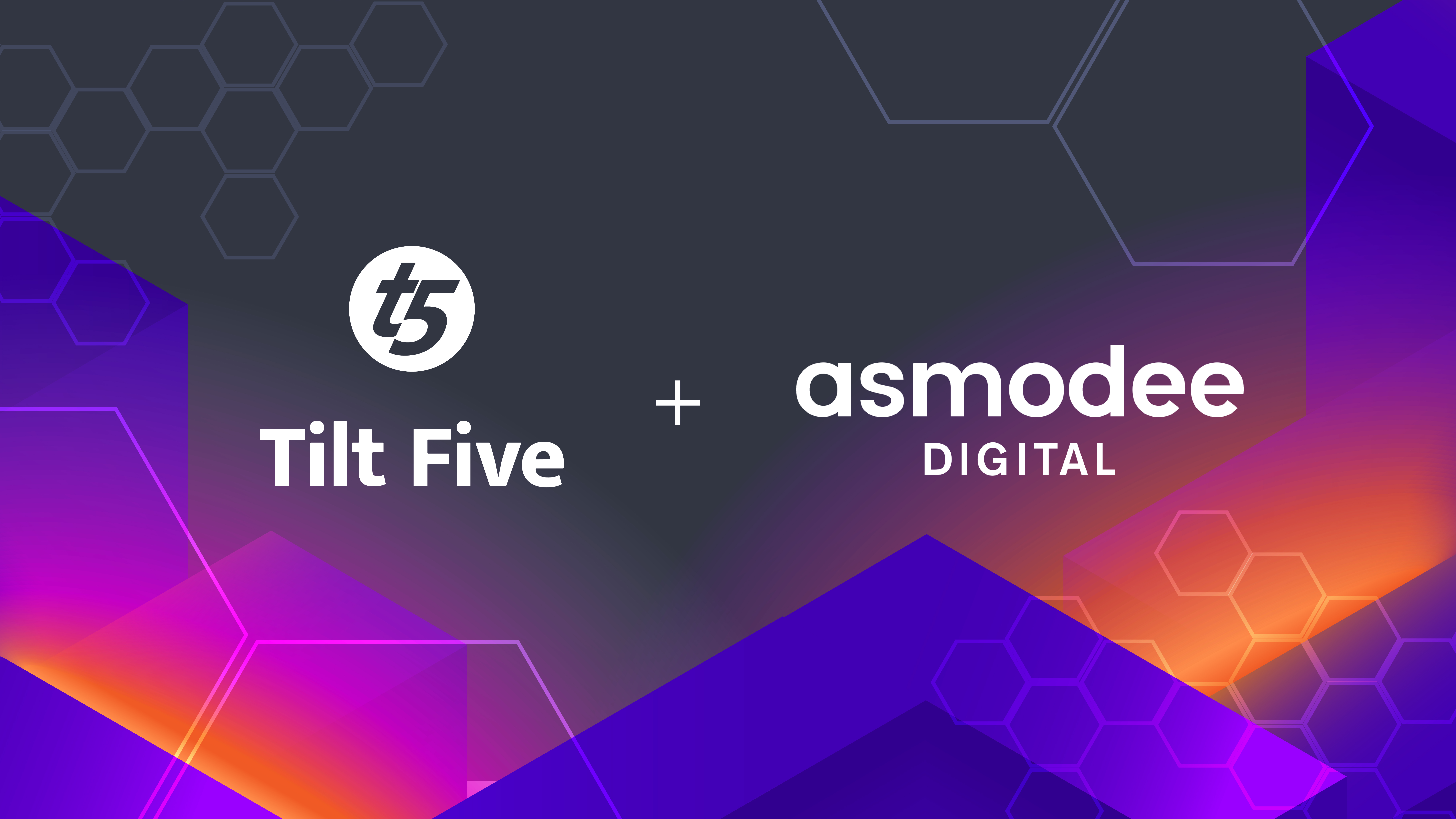 Transforming Classic Tabletop Games into 3D Holograms For the Family

Dedicated to bringing great games and amazing stories to all corners of the world, Asmodee Digital will provide select titles to be reimagined as tabletop holograms. The game publisher’s portfolio includes beloved titles such as CATAN, Ticket to Ride, Gloomhaven, Terraforming Mars, Pandemic, and many more.

The Tilt Five™ system was developed with gamers and tabletop enthusiasts in mind and invites players to level up game night with the magic of immersive 3D technology. Using proprietary AR glasses, a retroreflective gameboard, and a wand motion controller, players can explore holographic worlds with their family and friends together at home or online.

“At Tilt Five we are re-defining game night by combining the best of video games and board games in a revolutionary and easy to use system,” says Jeri Ellsworth, CEO, Tilt Five inc. “We are delighted to partner with Asmodee Digital and bring a new way for families to come together and play their popular titles.”

“Asmodee Digital’s goal is to bring great game IPs to new platforms and Tilt Five offers a new way to engage with our games,” says Pierre Ortolan, CEO, Asmodee Digital. “We’re excited to be on the forefront of this new technology and be able to offer our gamers an added level of immersion that they won’t find anywhere else!”

Tilt Five will be exhibiting at the Game Developers Conference (GDC) in San Francisco from March 23-25, 2022. Registered attendees, media, and exhibitors who want to learn more and demo the Tilt Five System during GDC are invited to join us at our booth: Moscone North Hall Booth #N2925.

Asmodee Digital, a fully owned subsidiary of the Asmodee Group, is an international publisher and distributor of video games. Asmodee Digital manages the creation, design, publishing, and marketing of video games for Asmodee Group and third-party creators on PC (Steam, Epic), consoles (Nintendo Switch, Sony PlayStation, Microsoft Xbox), mobile and VR. Asmodee Digital aims at bringing passionate people together around memorable video gaming experiences. These include best-selling products with a board game DNA such as Gloomhaven, CATAN, Ticket to Ride, The Lord of the Rings: Adventure Card Game or Splendor. Asmodee Digital also publishes exciting indies’ gems such as Ember Knights or Innchanted, with more yet to be announced.