There’s a reason that every Tilt Five system is a dev kit. We are passionate about bringing together hackers, makers, and developers who want to create and share their games and experiences.

Whether it’s a Discord server or YouTube channel, the developer community is always willing to share tips and tricks, and guide those new to the industry.

In May, Jeri chatted with Jason Weimann, the host of the GameDev Show–a YouTube channel that is dedicated to sharing tips and tricks for Unity developers. From fixing racecars to opening a chain of computer stores, Jeri shared her wild journey and how Tilt Five came to be!

A couple of weeks ago, Jason received his Tilt Five system and he was more than ready to crack it open for his 175,000+ subscribers!

As a creative way of doing giveaways on the show, Jason ran his project Battler on the Tilt Five system LIVE with MixCast. Using commands in the YouTube chat audience members appeared as holographic monsters on the gameboard in real-time.

Before the show, he ran a test and walked viewers through the process of getting Tilt Five, Battler, and MixCast up and running. Take a peek behind the curtain here:

The GameDev Show is a great resource for those who are looking to improve their development skill set. From beginner tutorials to advanced techniques and patterns, there is something for every developer.

We’re looking forward to seeing what other Tilt Five experiments Jason comes up with and if you’re interested in making your own Tilt Five holograms, check out the Developer Portal for the free SDK and pre-order your system here. 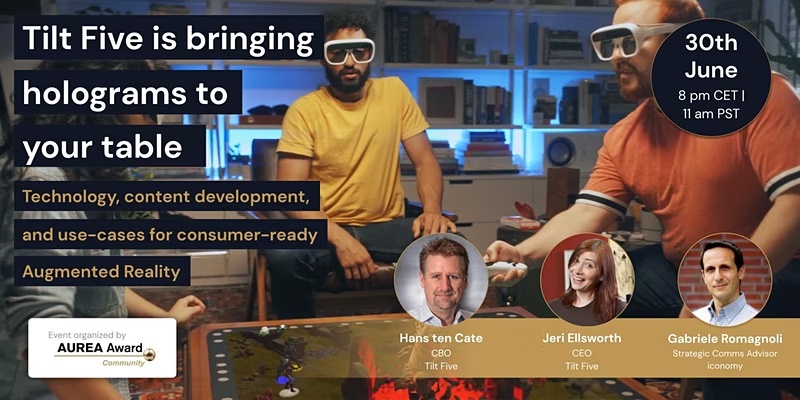