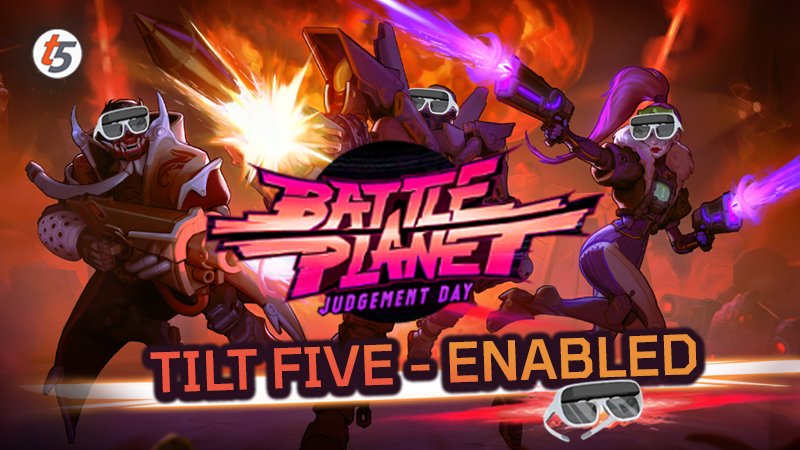 Our friends at THR3AKS have officially patched in support for Tilt Five!

Founded in 2009, THR3AKS is an award-winning game studio based in Hamburg, Germany. They work on games for PC, consoles, and mobile as well as augmented and virtual reality. Their games feature interesting concepts with a unique twist that create an expansive player experience.

With the Tilt Five Glasses, THR3AKS has made a bunch of visual improvements so you can experience Battle Planet in a whole new immersive, holographic space. Watch physical and virtual worlds blend together and make your next planetary killing spree one to remember!

We love the result and the way Battle Planet comes to life on the Tilt Five gameboard.

Battle Planet - Judgement Day is a planetary rogue-lite top-down shooter. You are one of the universe's 3 most wanted criminals on the run, fighting your way through hordes of aliens, military and police units. There is only one way to reclaim your freedom - destroy them all. Get the game here