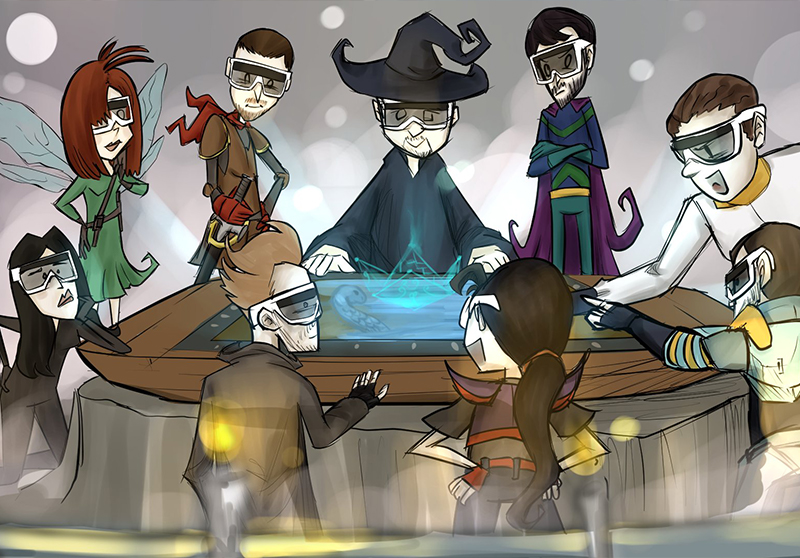 We are so excited to announce that we've brought on James Stanford as Chief Operating Officer (COO) and have Hans ten Cate move to the role of Chief Business Officer.

James brings 30 years' experience in consumer electronics, manufacturing, supply chain, and operations. In the role of COO James will begin the important task of preparing our company for our product launch this year, including shipping our holographic gaming systems to our Kickstarter backers and pre-order customers. In his new role as COO of Tilt Five, Stanford will work closely with CEO Jeri Ellsworth to accelerate Tilt Five's vision of changing course of Augmented Reality gaming. Ellsworth commented:

"Given James's well-rounded operations and product commercialization experience, he is joining us at the perfect time to rapidly and sustainably help take Tilt Five to the next level."

Hans ten Cate will move into the role of Chief Business Officer. Starting at Tilt Five in 2019, Hans comes from a more than 20 year career in various games industry roles at the likes of Sony and EA. In his new role at Tilt Five, Hans will be focused on building partnerships and finding great games!

"Hans ten Cate's contributions as acting COO to Tilt Five have been tremendously uplifting. With James Stanford on board, Hans begins the critical role of chief business officer to grow relationships with developers, the games industry, and strategic partners." says Ellsworth.